A pamphlet may be written either for or against somebody or something, but in essence it is always a protest. George Orwell

Gillian Whiteley, Honorary Fellow, Senior Lecturer in Art History and Visual Culture, School of Arts guided people in making a manifesto ‘for or against’ biodiversity using collage and rubber stamps and folded A4 pamphlets as part of the Biodiversity day in June 2018.  People got busy with pens, scissors, glue and ink. This follows the theme of much of Gillian’s research into artists’ manifestos and the art of dissent and protest and arts, politics, improvisation and assemblage.  Gillian bought  with her a range of historical pamphlets from her extensive research which show how influencial pamphlets have been in the past in communicating ideas and radical visions.

…the essence of pamphleteering, is to have something you want to say now, to as many people as possible… George Orwell 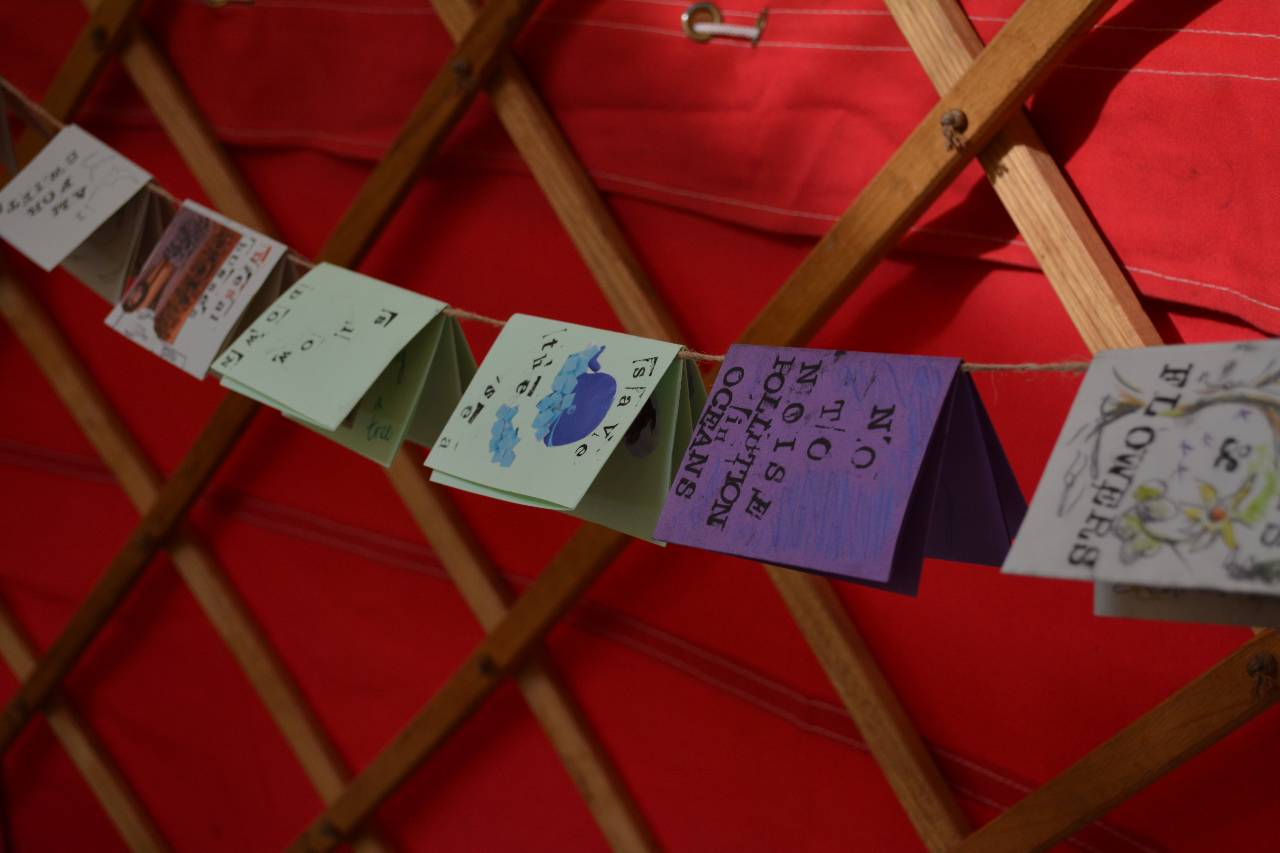 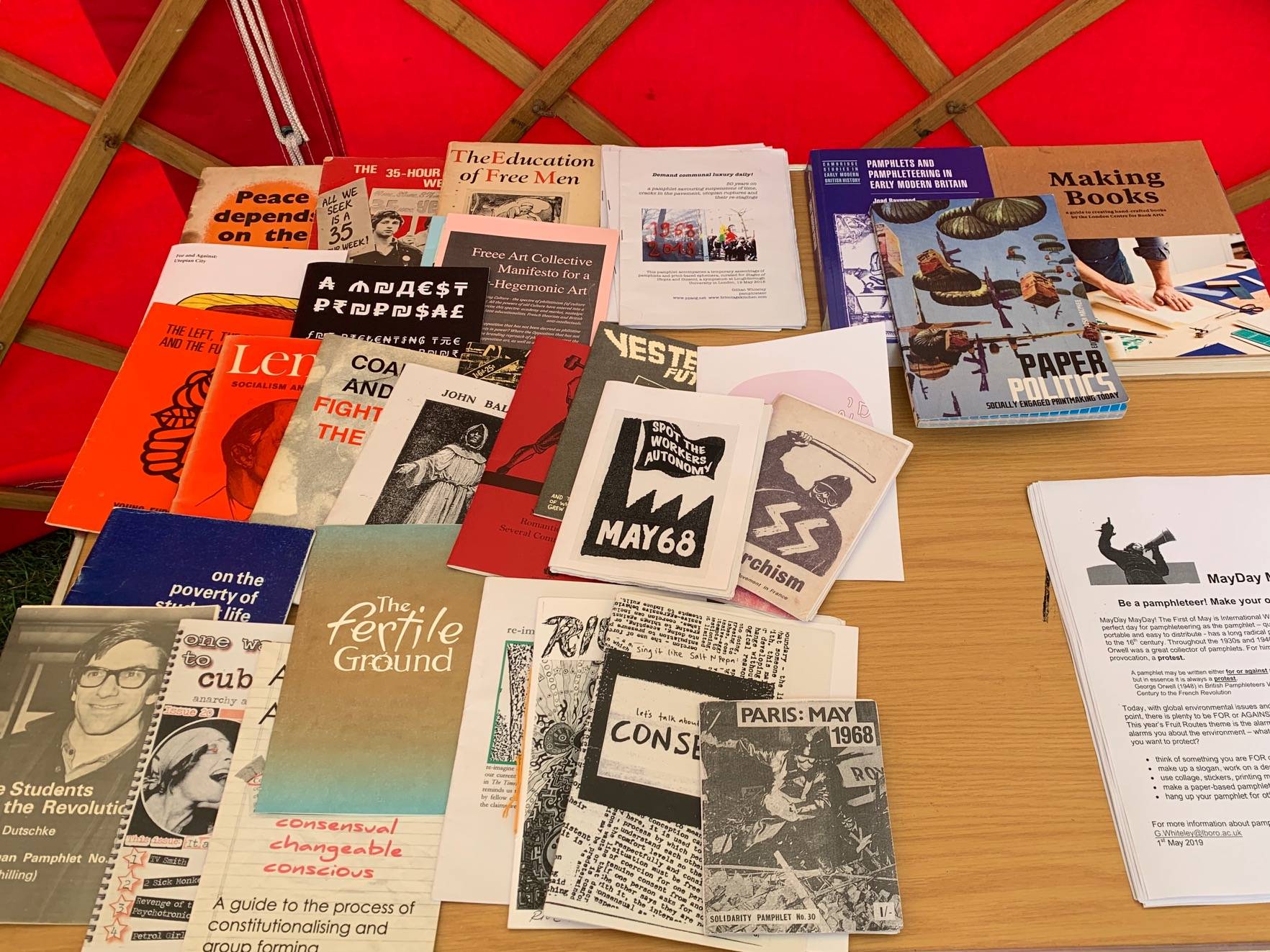 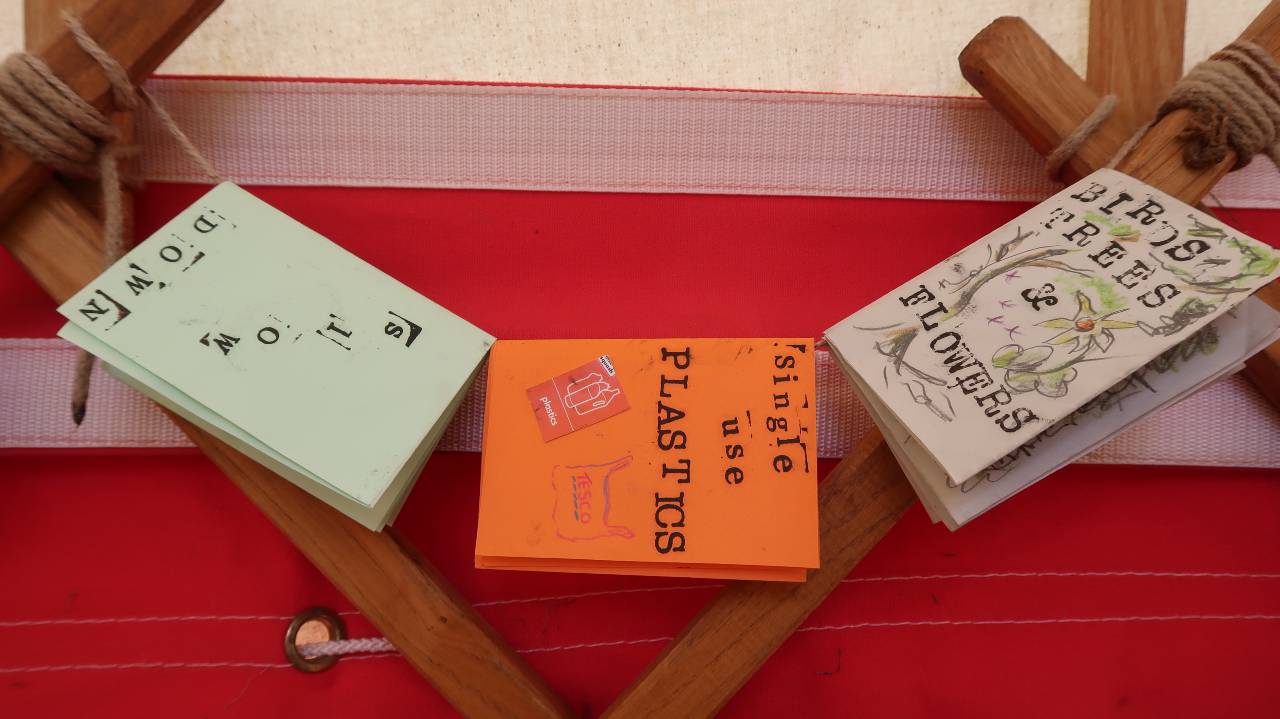 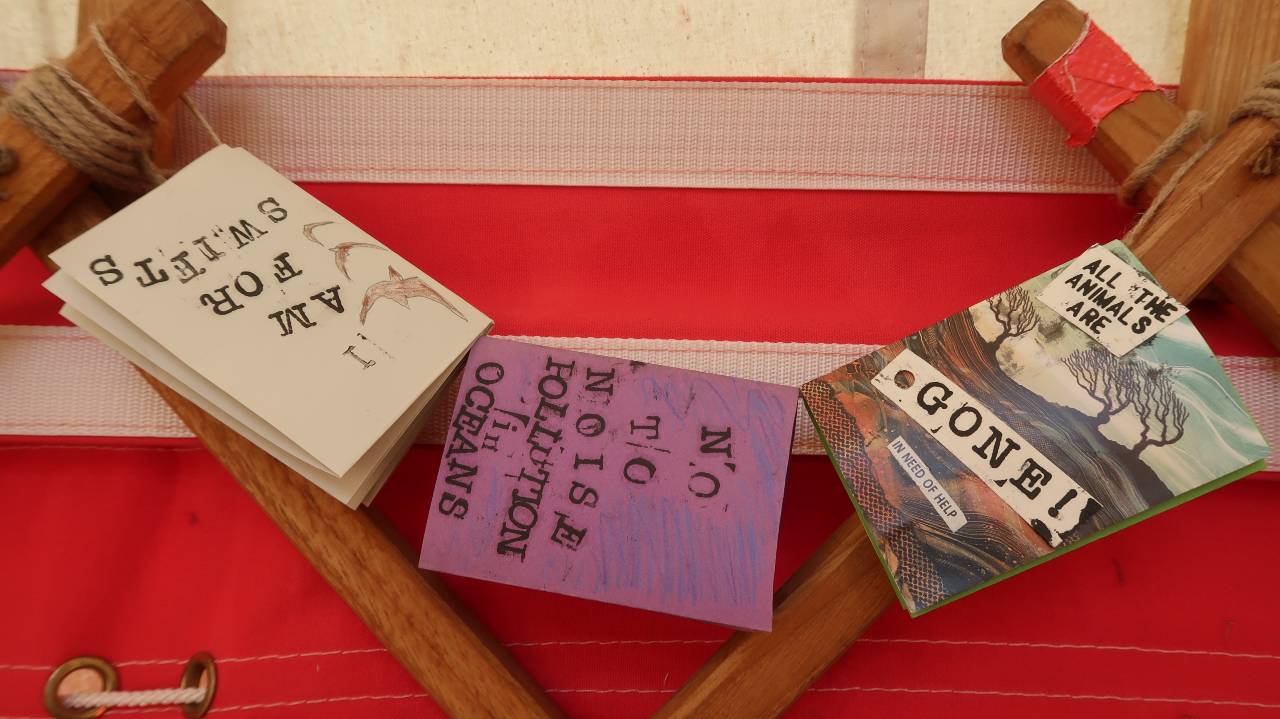