In 2017, Paul Conneally worked with visitors to Fruit Routes Harvest to produce what he calls a Shreadlines poem. Cut up headlines and other texts from newspapers and magazines along with environmental words were placed by Conneally into a large envelope. Participants were invited to pull out five and use three or more of them to make a phrase or fragment of a phrase and stick it down on a piece of cardboard. The poem builds up on the cardboard becoming both a visual and text art work. Conneally later performed the poem to the gathered people whilst wearing his Heart Attack Jacket, the jacket he’d been wearing when he had a heart attack and almost died, now covered in haiku poems written by Fruit Route walkers earlier in the day. 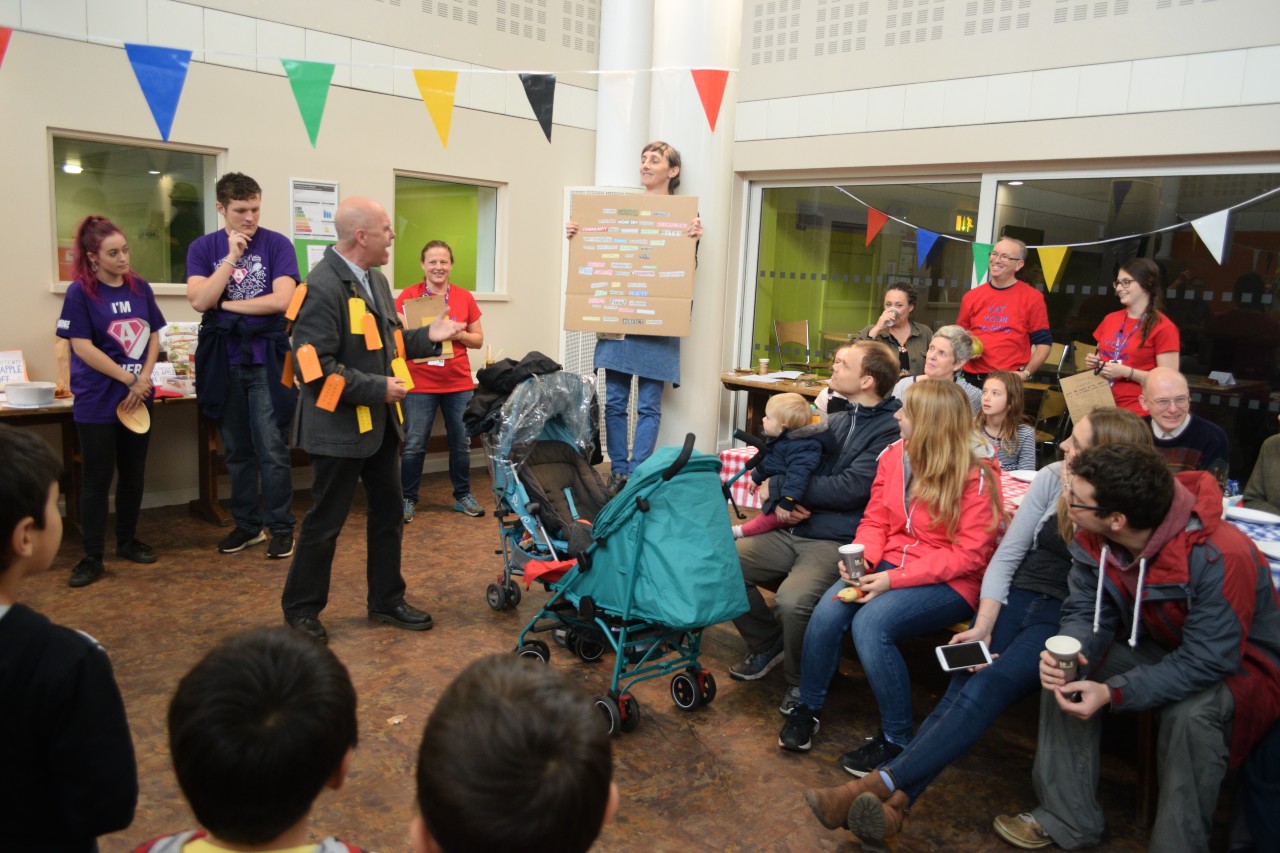 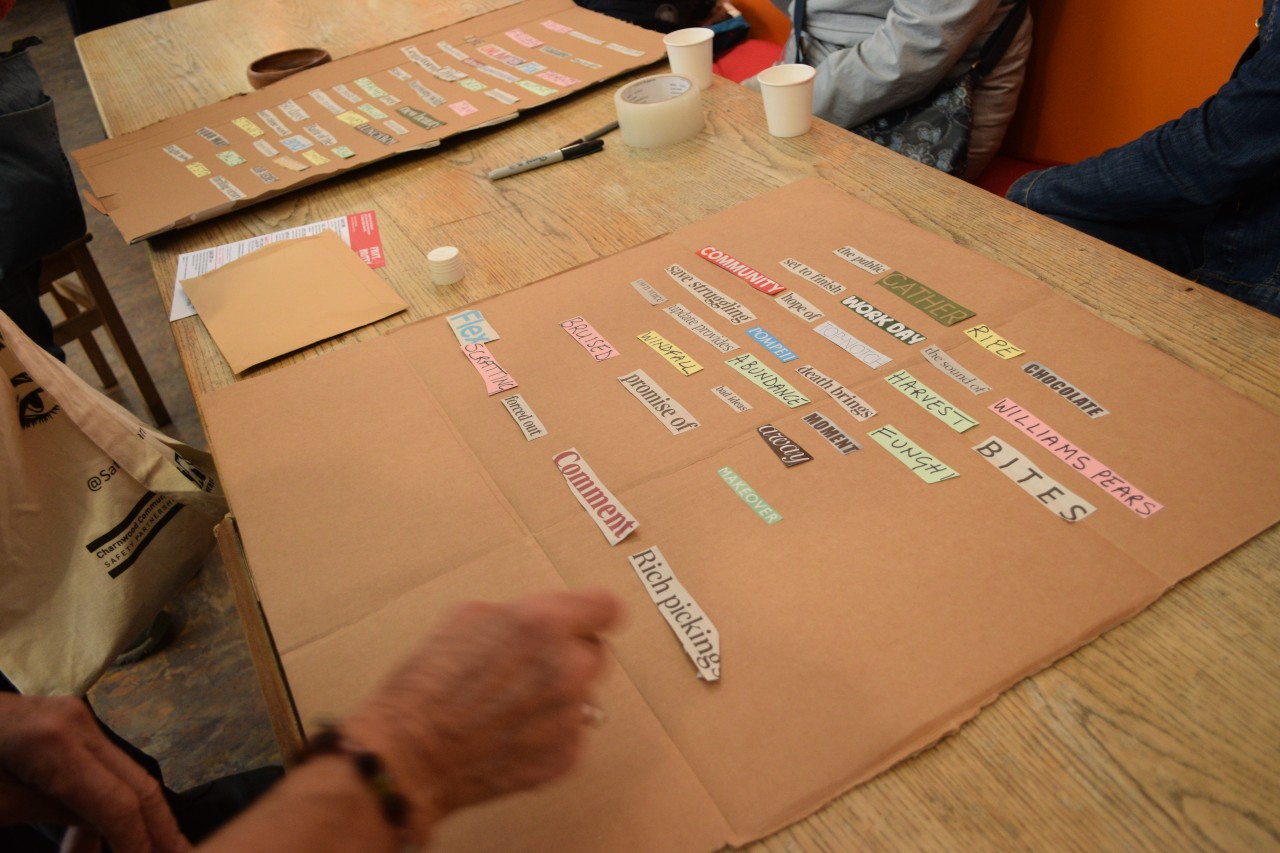 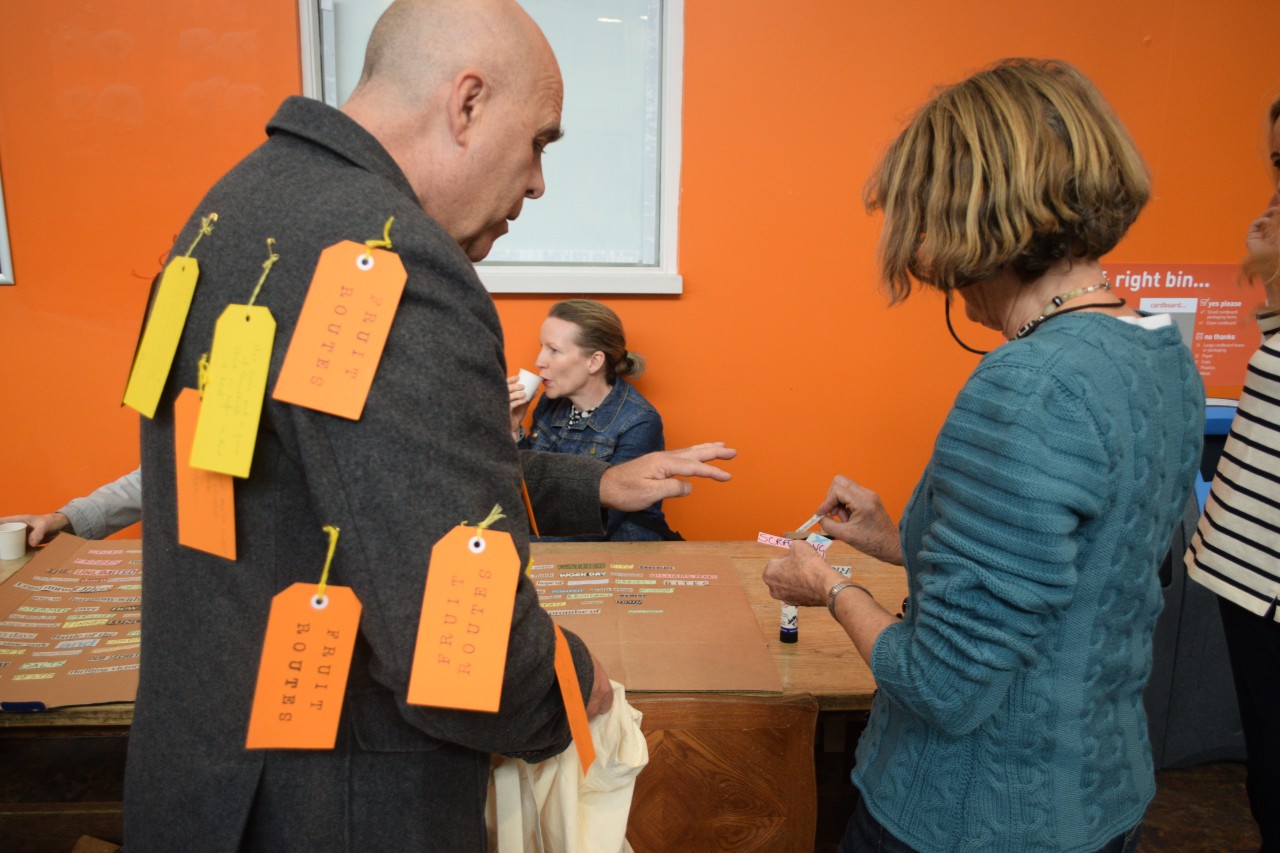