Waking up the trees

Following the planting of 6 cherries at the front of School of the Arts and another 22 mixed (damsons, almond, apple, plum, greengage) with volunteers in 2015. Many of the student planters then took part in a workshop with Walt Shaw where they learnt how to play in different ways on a number of gongs from around the world made from recycled objects.

Walt loves experimenting with percussion, responding to sites and working with people of all ages and levels of experience to make sound.  After the workshop we braved the cold to perform a group gong ceremony, a twist on the tradition of‘wassail’ in the newly planted orchards. The gongs worked fantastically outdoors, dissipating and focusing sounds at different times. As part of the event a Wasail bowl was passed around filled with mulled apple juice for the performers to drink from

*A Wassail dates back to Anglo Saxon times where Fruit Trees were waken up early in the year by loud noises (often pots and pans), singing and cider drinking in order to bless the trees and chase evil spirits away from the orchard in the hope of a good harvest the following year. 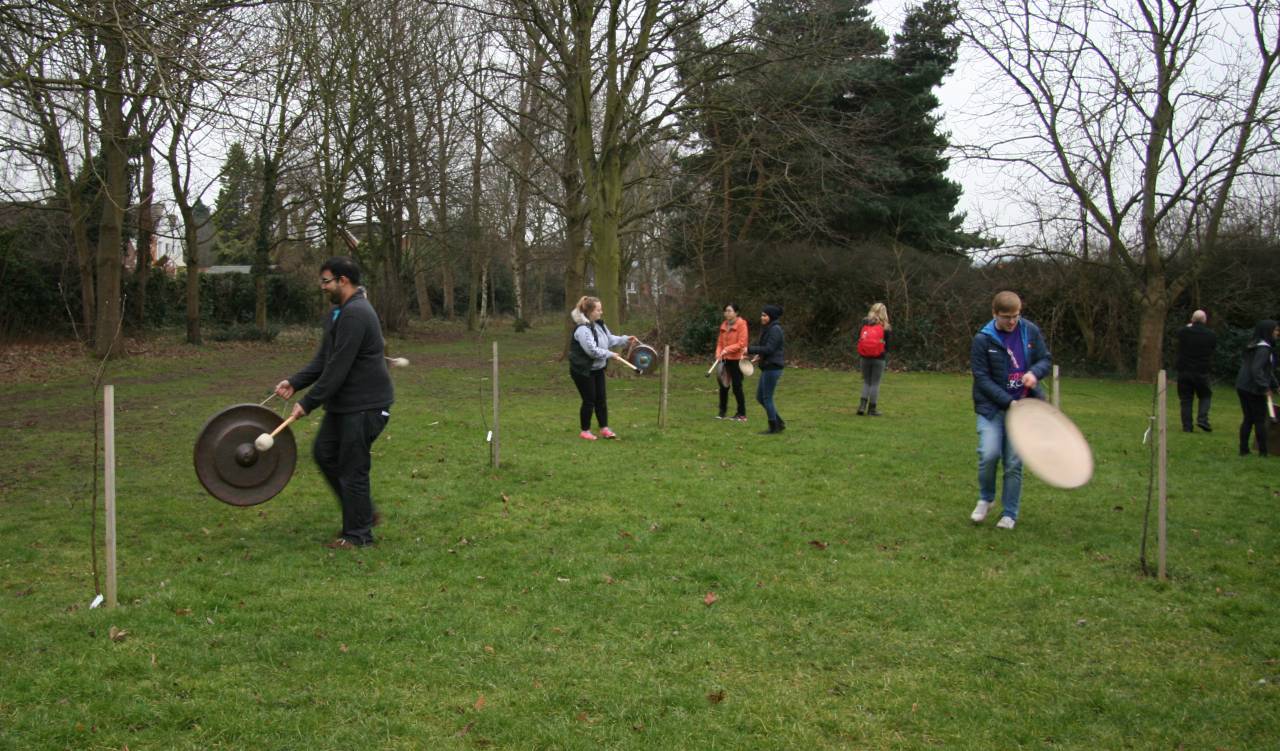 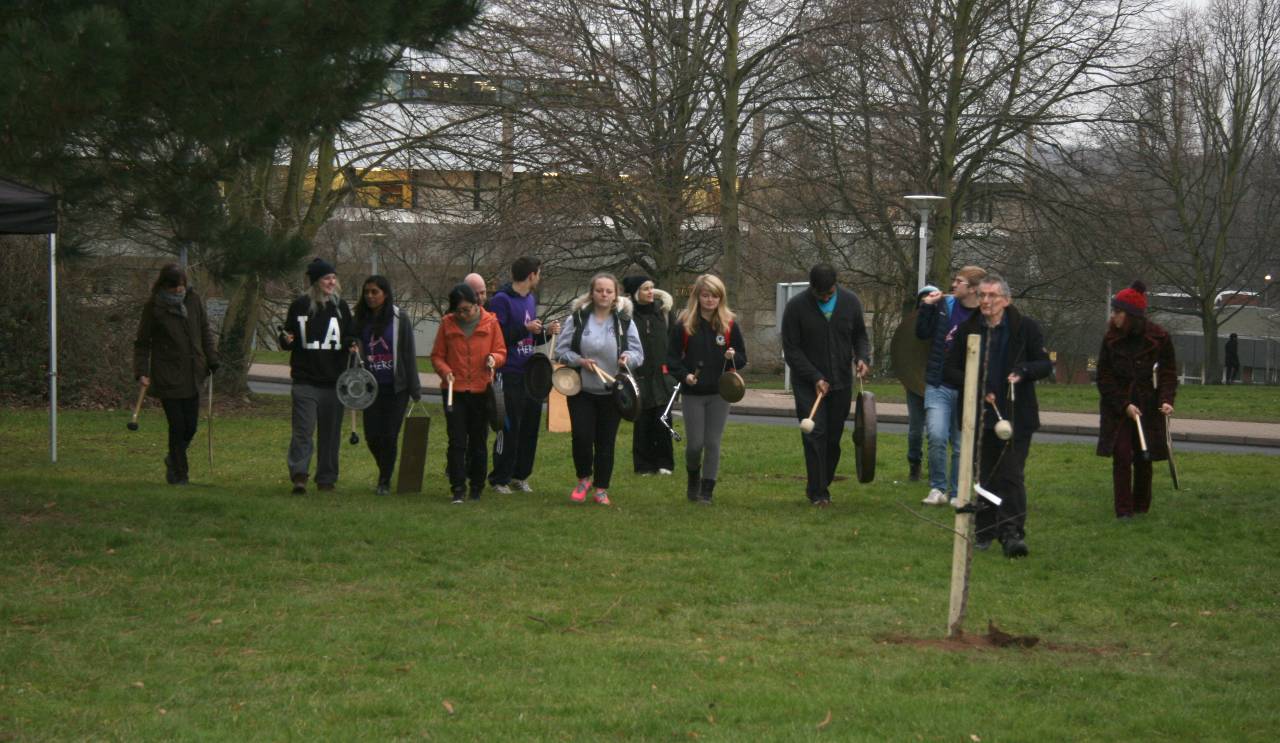 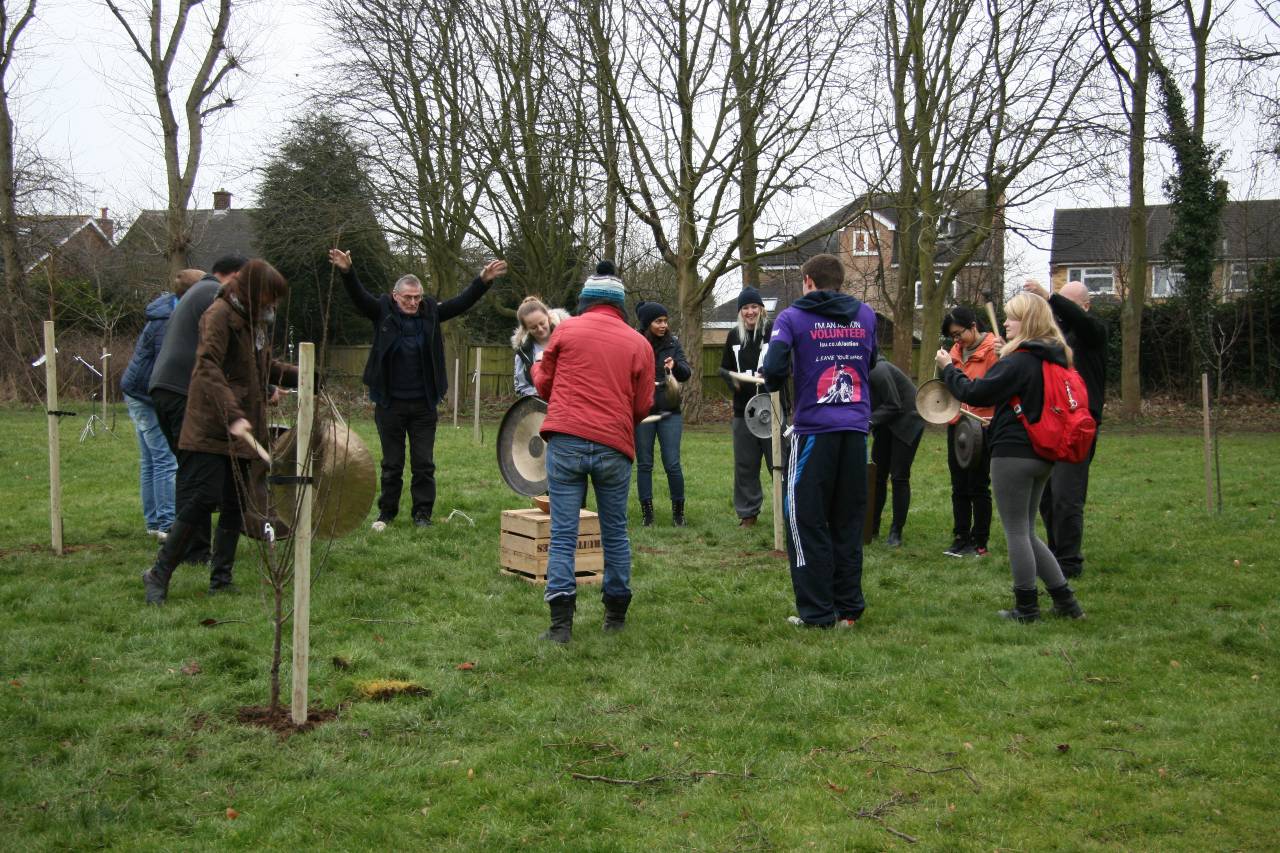 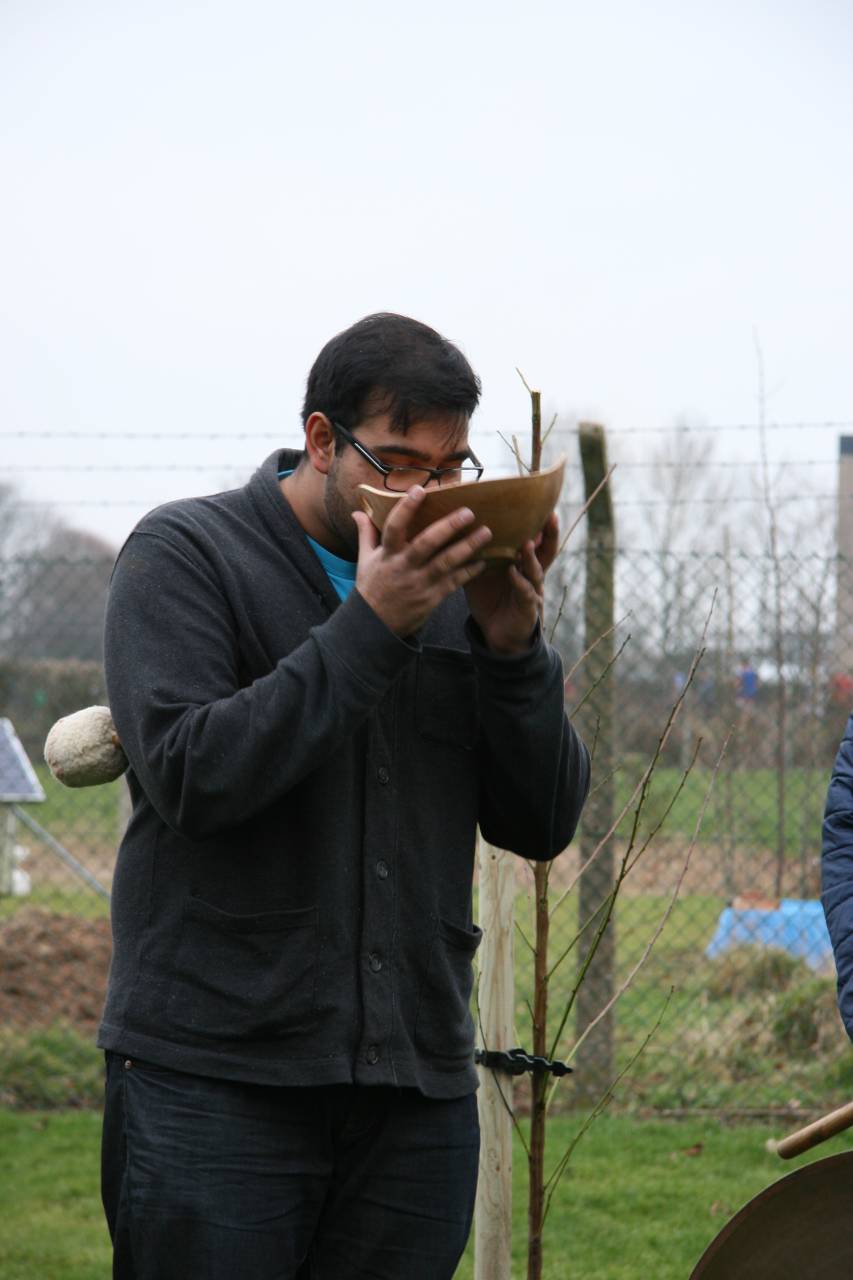 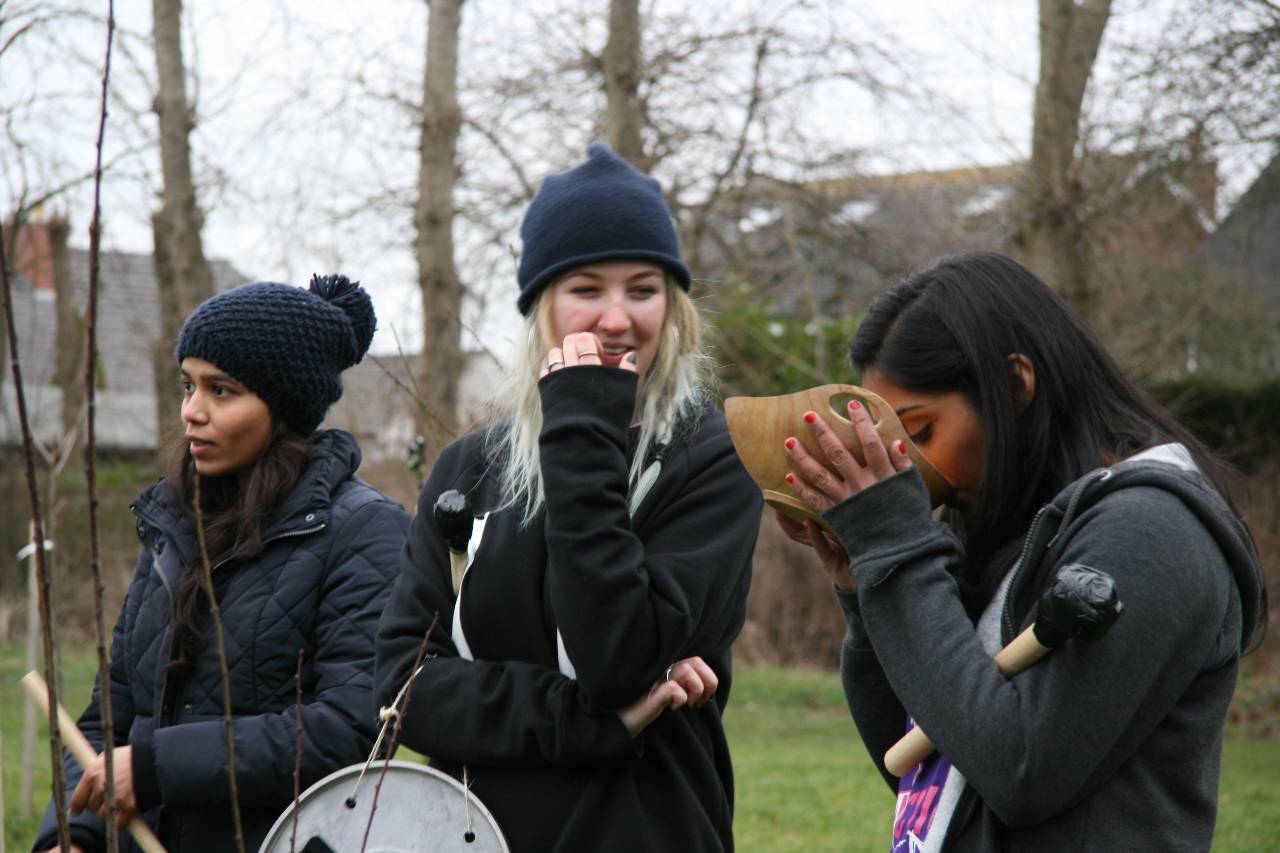