Listening to the bees

For centuries, beekeepers have used “skeps,” carefully designed domed baskets, to house their hives. Skeps are baskets placed open-end-down. Initially they were made from wicker plastered with mud and dung but from the Middle Ages they were made of straw. Bees need a clean, dry place to make a home. A Skep is still used at Loughborough to catch swarms and return them to the hive.  Bees are major fruit tree pollinators – our very existence depends on the bees – a keystone species in the natural world. We highlight the symbiotic relationship  between bees and fruit trees by organising visits to the University apiary in Holywell Park as part of Fruit Routes events.

The performance Skep-Hive Mind was created and performed by Paul Conneally and Anne-Marie Culhane. Visitors were invited to enter the yurt (a circular tent) in the Barefoot Orchard one at a time and sit down. Inside the performer sat masked in the Skep.

Building on the tradition of Telling the Bees, where beekeepers informed the bees of significant events in their communities or lives, you are invited to share something of your personal thoughts on community, cooperation and the future of our relationship with the ecological community (animals, insects, plants).

Some written reflections from Hive Mind:

Bees show how the world is organised and everyone plays their pat. Its important to have a role that you find satisfying and meaningful.

I would like to say thank you to the bees,. I had a very stressful morning but talking to you and being in this environment helped me calm down.

Thank you for the bees for making their honey. In my religion honey is a very good remedy for illnesses such as colds, coughs and sore throats.

I have never understood or realised the connection that bees can create/have to the spiritual world, their destruction/demise is troubling on many levels – long live the bees!

The second iteration of SKEP took place during the Summer event in 2018. This time visitors to Fruit Routes were invited by artists Paul Conneally and Anne-Marie Culhane to sit down and place a traditional woven beehive, a skep, on their heads.

They were given a clipboard with paper on it and a pencil. They were gently invited to attend to the feeling that wearing the skep generated and to allow any thoughts and feelings that they had on the future to manifest themselves through their arm and the pencil in their hand in the form of words, drawings and marks.  It was surprising how long participants stayed inside the beehive. The shortest time being around five minutes and the longest almost twenty. People told us that they felt secure inside the skep. One person saying that they could have stayed in there all morning.

On the biodiversity themed day the artists suggested that they might allow that topic to rise to the surface as they moved their pencil. The same was done for the day which was focused on food systems.

Each participant took their drawing and texts away with them leaving behind a carbon copy on a sheet which remained in place for the whole of each day. Images building up on the bottom sheet with each subsequent drawing. Two artefacts were left for each of the days, the carbon copy of all of the drawings and texts and the carbon paper itself.

The third version of SKEP saw Paul becoming SKEP by placing the hive over his head as he sat in a public meeting to discuss Climate Change which took place in the Barefoot Orchard. He sat and listened for the hour and a quarter of the meeting.  SKEP received the meeting’s concerns. Again SKEP enacted a role as listening in the tradition of ‘listening to the bees’

“It was interesting to just sit and listen with my head inside the skep. I couldn’t see anything and had to listen very carefully as my ears were covered by the skep. I don’t think that I’ve ever listened so intently to a public meeting before. After the meeting ended a couple of attendees told me that they found it strange at first to see me sitting there with a beehive on my head but after a while it seemed normal though it made them aware that they were being listened to and maybe even more thoughtful in their contributions and in their own listening too.”

Things that stood out were the cordial way that arguments or disagreements were dealt with in the meeting. The issue of divestment by the University from its investments in fossil fuel companies, stocks and shares came up and the whole notion of academics travelling to far flung places for conferences etc often by air was discussed. The cost of such trips not only in terms of carbon but economically was discussed. A figure in the millions of pounds was quoted as an annual cost for such meetings’. 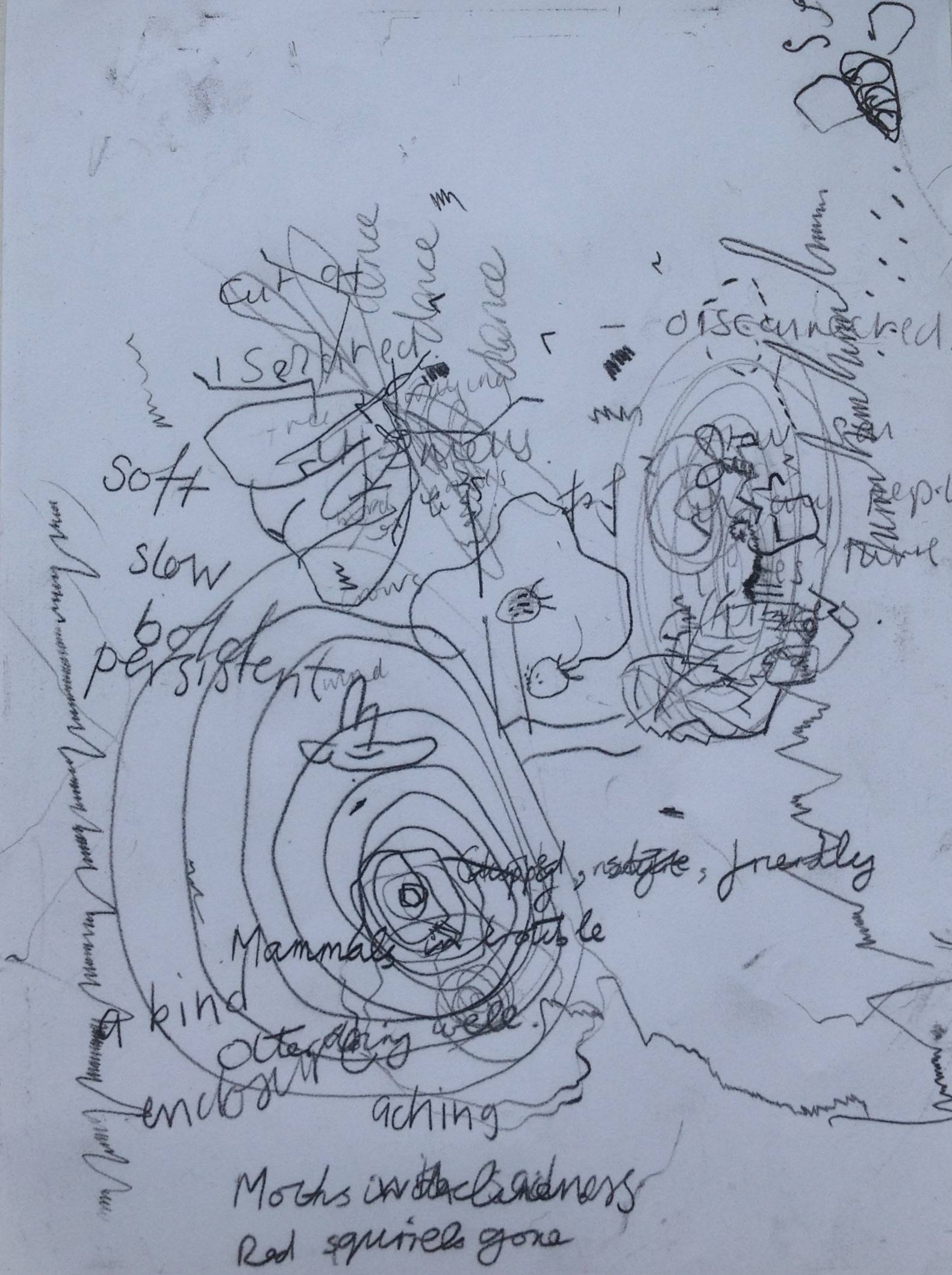 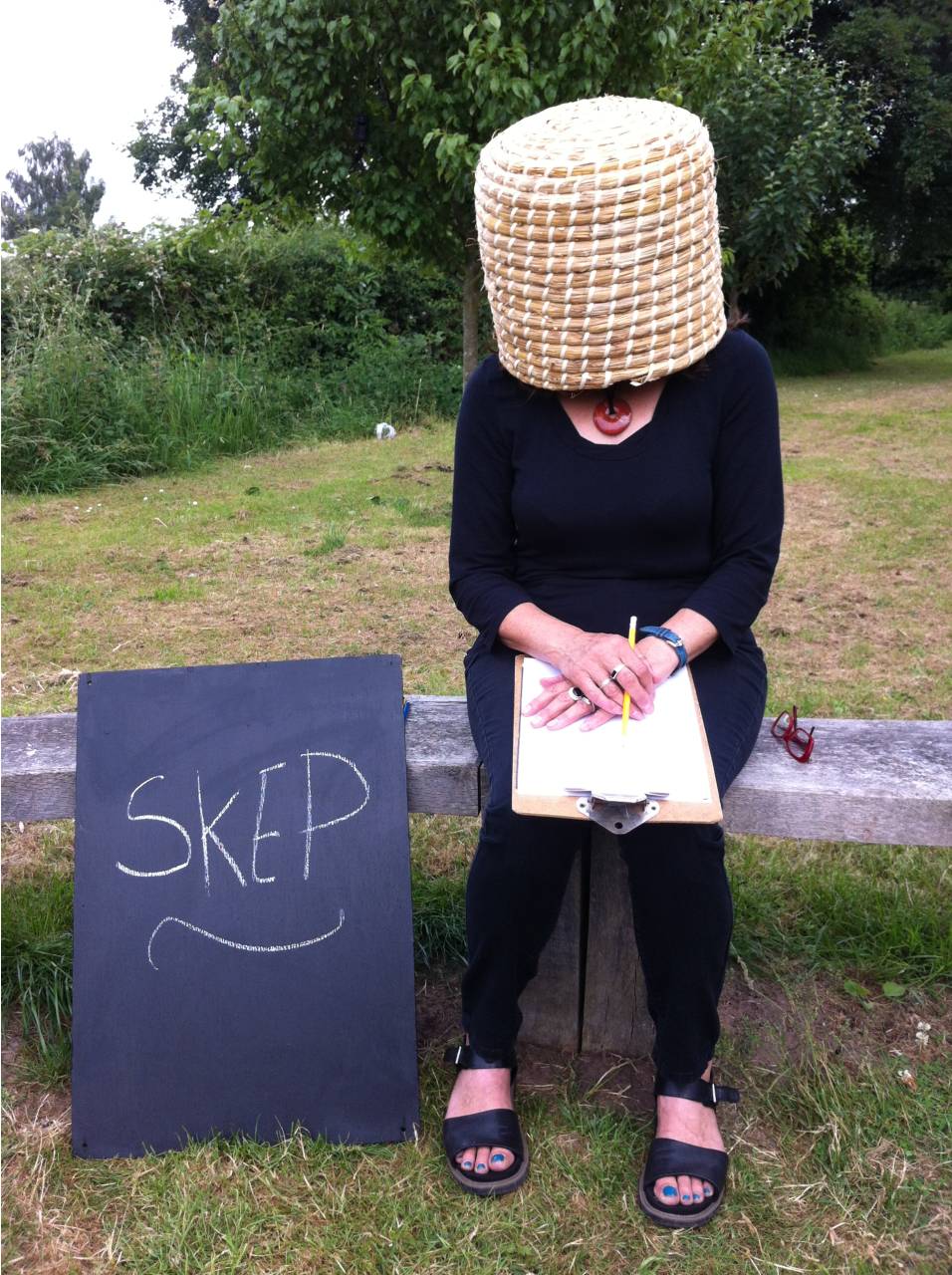 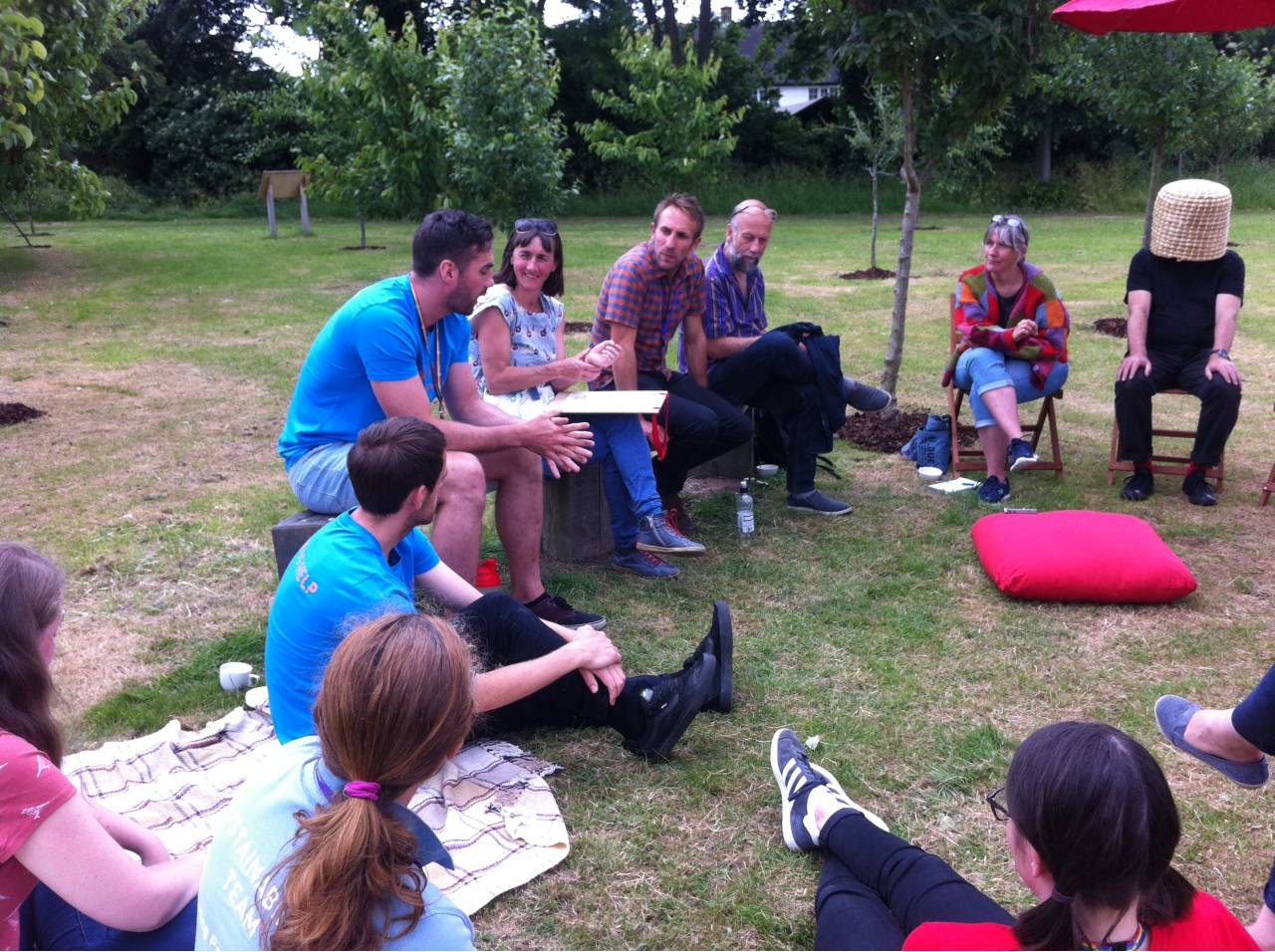 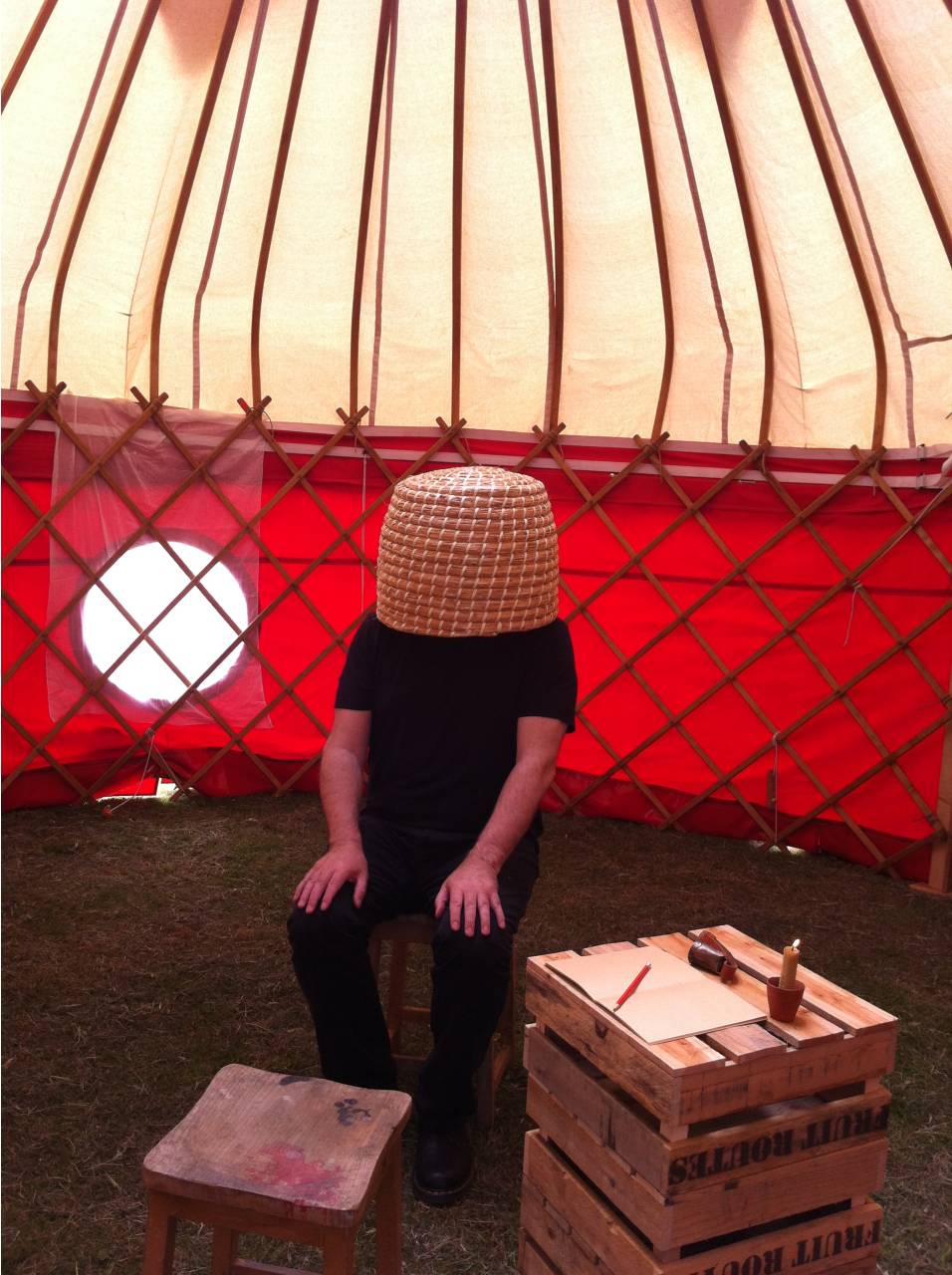 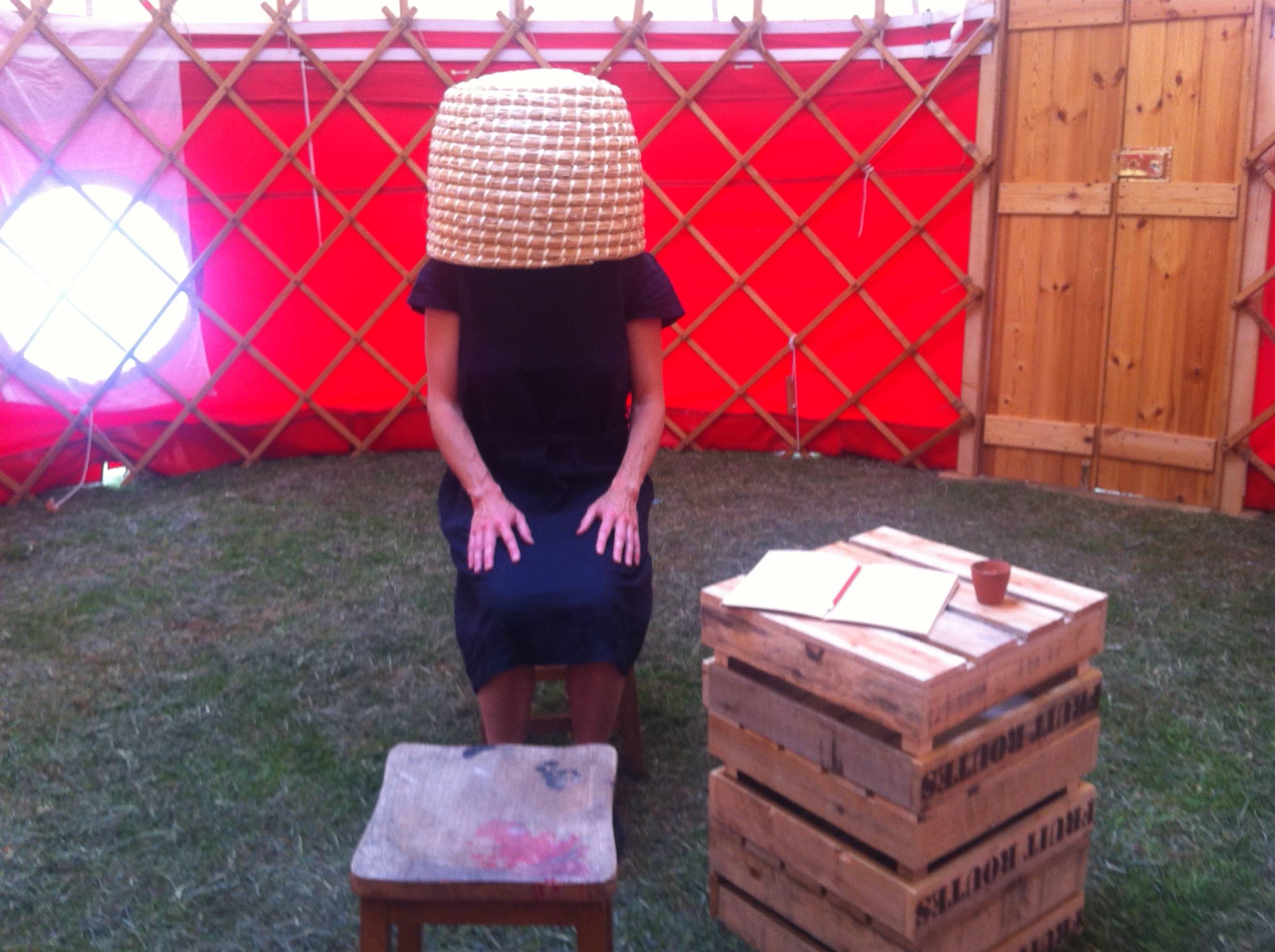 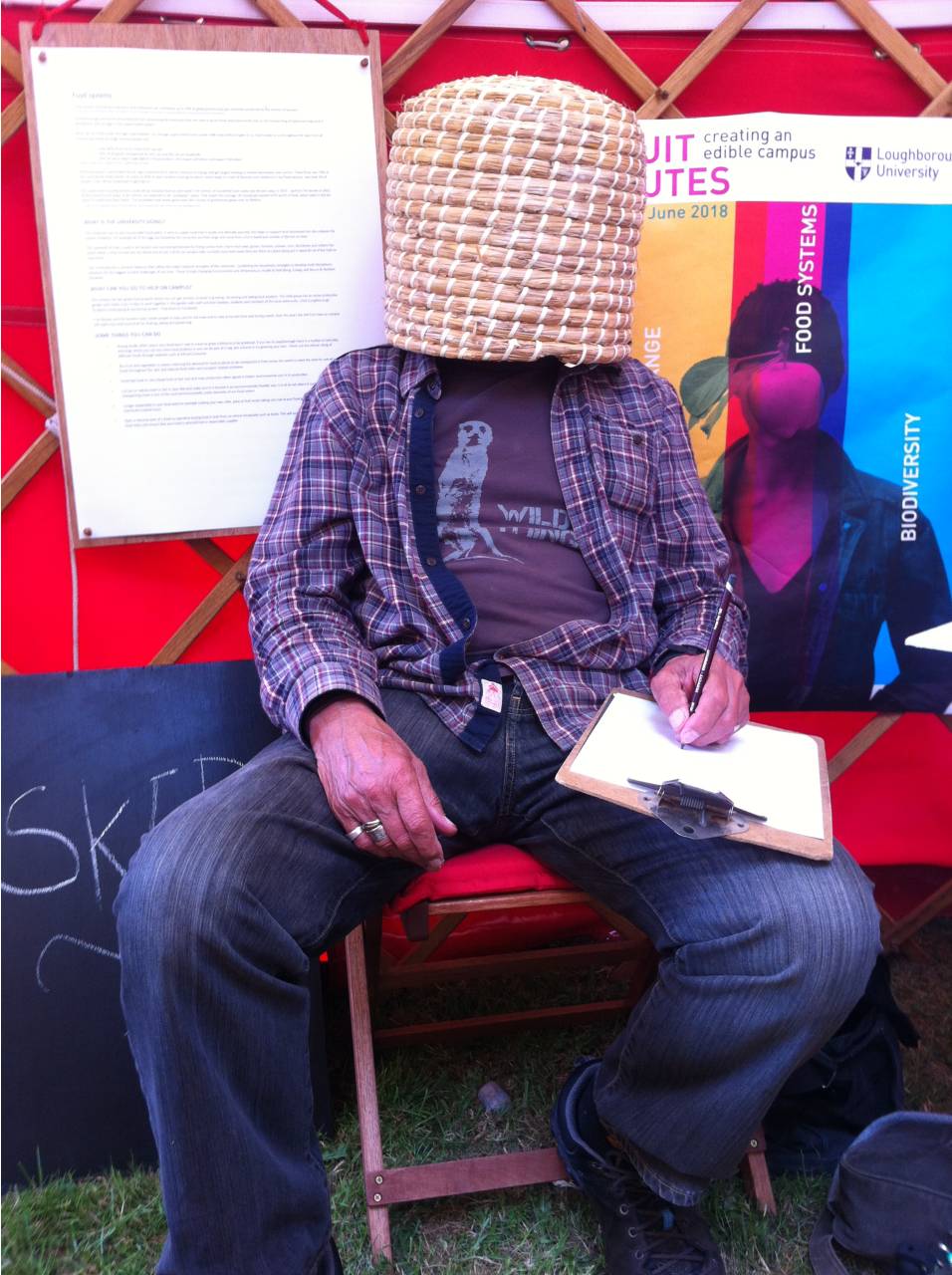 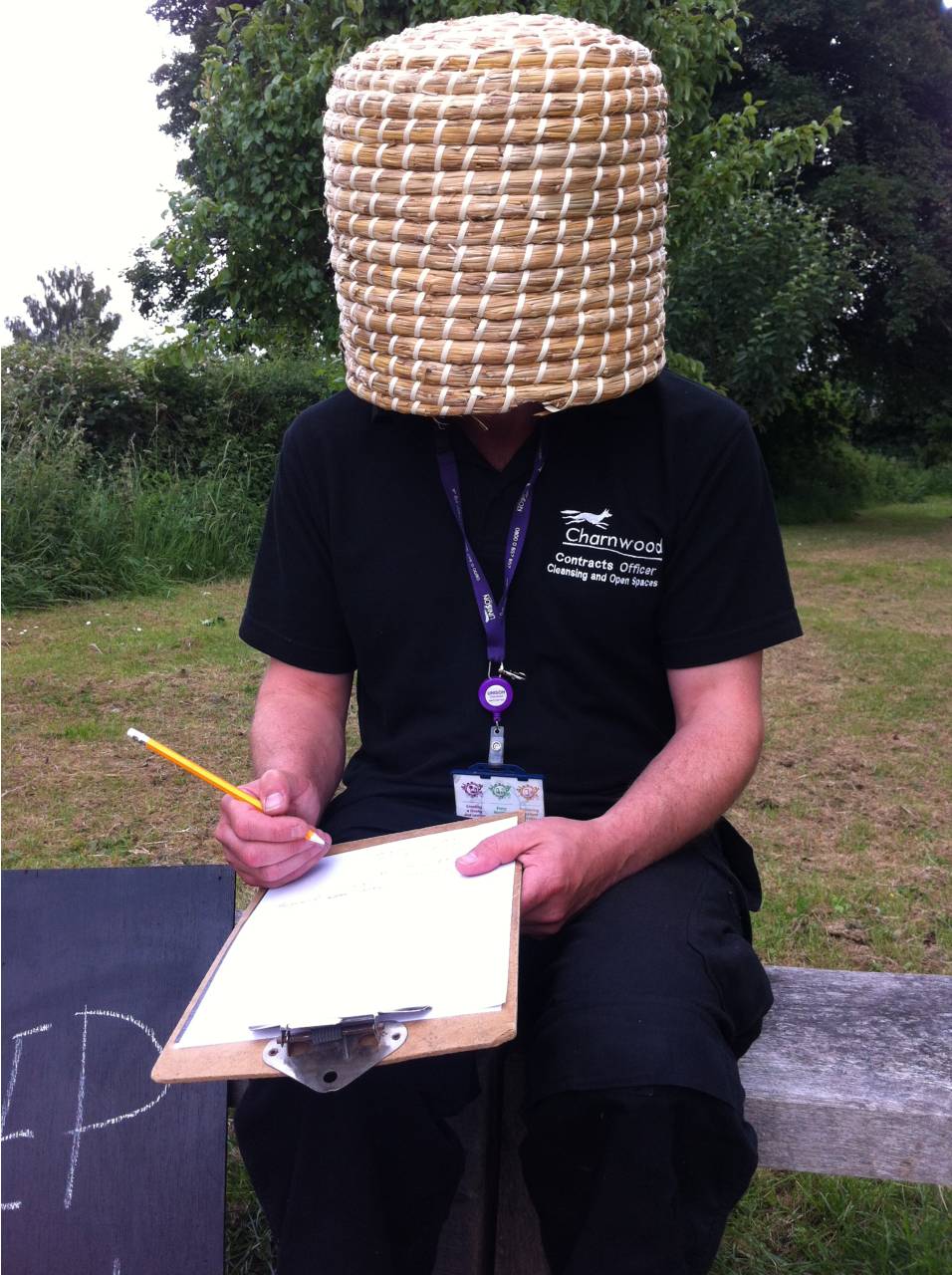