To launch Fruit Routes there was a harvest-time artist residency. The first days on site were spent harvesting existing fruit trees and foraging across campus, pressing apples and cleaning out the LAGS (Landscaping and Gardening Society) Shed.

At Freshers Fair we set up a stall using the beautifully crafted Eat Your Campus bike trailer and the Jeux des Pommes. Our stall was sandwiched between the boy scouts and the boy racers underneath two loaded apple trees!  New Students were introduced to the project and took part in games and activities relating to …you guessed it..local fruit.

An interactive fruit juiice installation was created in The Shed. People were invited to take a seat and taste, share, eat and drink fruit and plants harvested on the campus as well as contribute their ideas to the project and share knowledge on a map of the campus fruit trees.  A big hit were the fruit leathers and the elderflower, rosehip, gingko, nettle and limeflower teas.

A daily walk and talk along the first Fruit Route took place on three days attended by a mix of local people of all ages, university staff and students.  We identified and discussed some of the wild and edible plants growing along the first fruit route and visualized where the new planting of a wide variety of fruit, nuts and berries would be.  The talk was punctuated with thoughts and open questions about the artistic, political and ecological context for the route.

Each day, apples and pears harvested on the campus were secretly distributed to unusual locations all over campus and beyond by the Fruit Routes projects bike trailer and project team for people to eat, share, offer to others or text us about (see Lost and Found https://drive.google.com/drive/u/0/folders/19TVtukVAylOTDb6q13V3uBrTpXRupSPV

On Monday we hosted an event and discussion which focused on the relationship between artist and forager and artist as forager with Gillian Whiteley (Loughborough School of the Arts) Anne-Marie Culhane, Bob Levene (artist from Sheffield) and Paul Conneally (artist from Lougborough). We offered an open foraging task across campus. Objects and thoughts they brought back with them were then used to mediate a discussion which roved across many fields including intentionality, attention, solitude, sharing, gifting, cultural foraging and personal histories.

On Tuesday Paul Paine from Ecoworks in Nottingham gave an inspiring talk about cider and fruit wine making . We then got to taste his delicious quince wine and cider as well as sampling some locally produced homebrewed cider donated by small scale producers in Quorn.  We also gave a talk to people who were interested in making fruit seasonal syrups and cordials including elderberry, rosehip, sloe and blackberry.

Wednesday evening the launch event was rounded up by Flora + Fauna Feast.  Each guest, people who had been helping during the week, were invited to come along representing another member of the wild community who would be part of the Fruit Routes. The food and drink was locally sourced and foraged. The event was attended by a woodlouse, a bumble bee, mycorrhizal fungi, two ladybirds, a herring !, a lion!, a fly, a pipistrelle bat and the promise of spring. The evening was a weave of shared stories, songs, dance, sounds and objects representing and celebrating some of the many other beings who will inhabit the Fruit Routes. 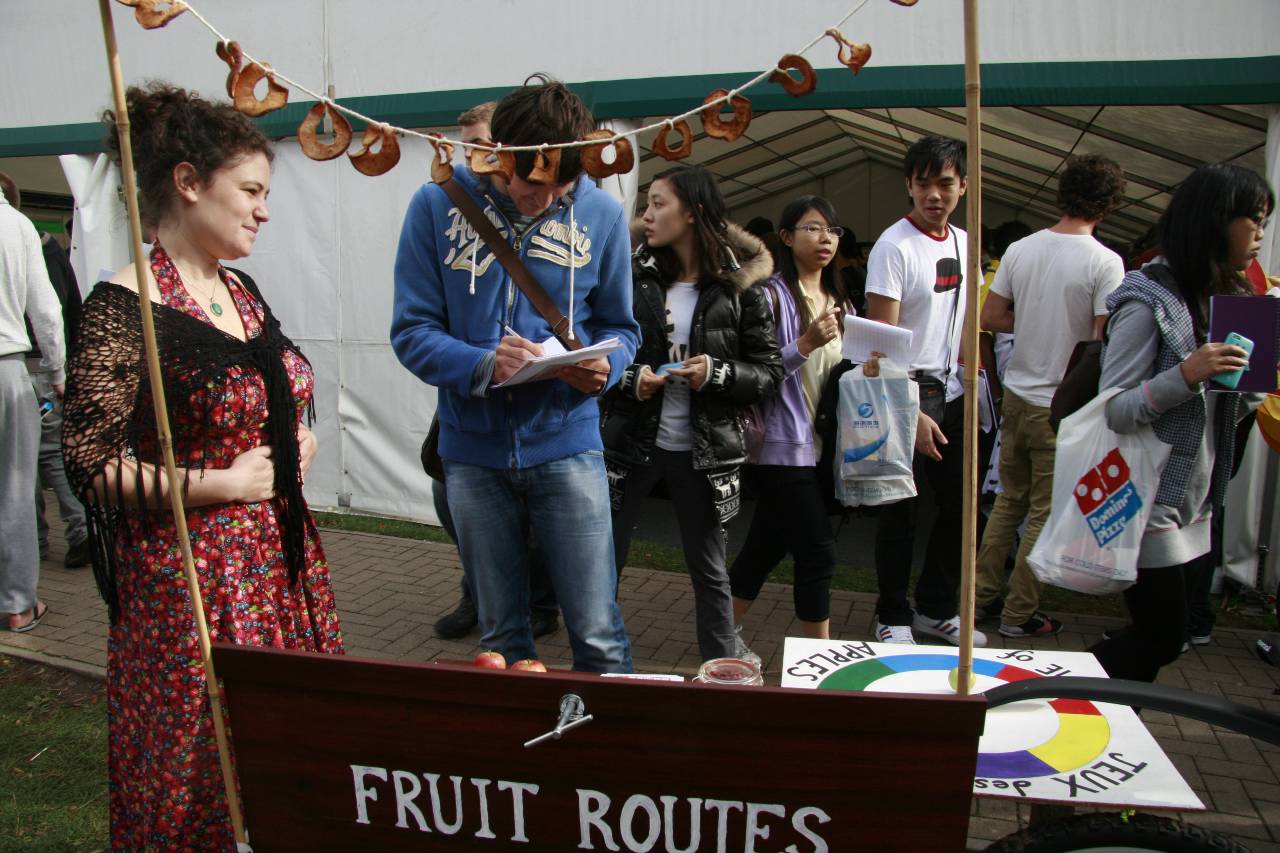 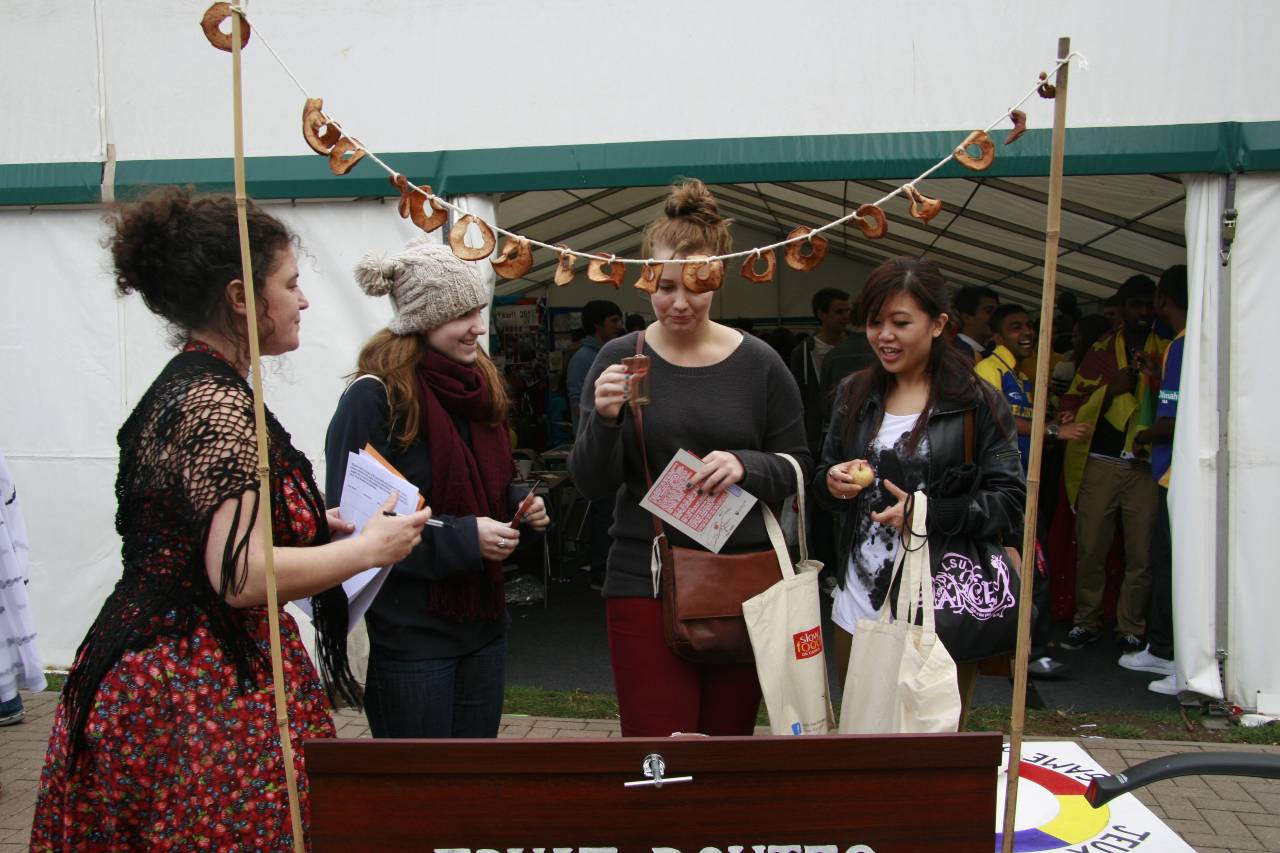 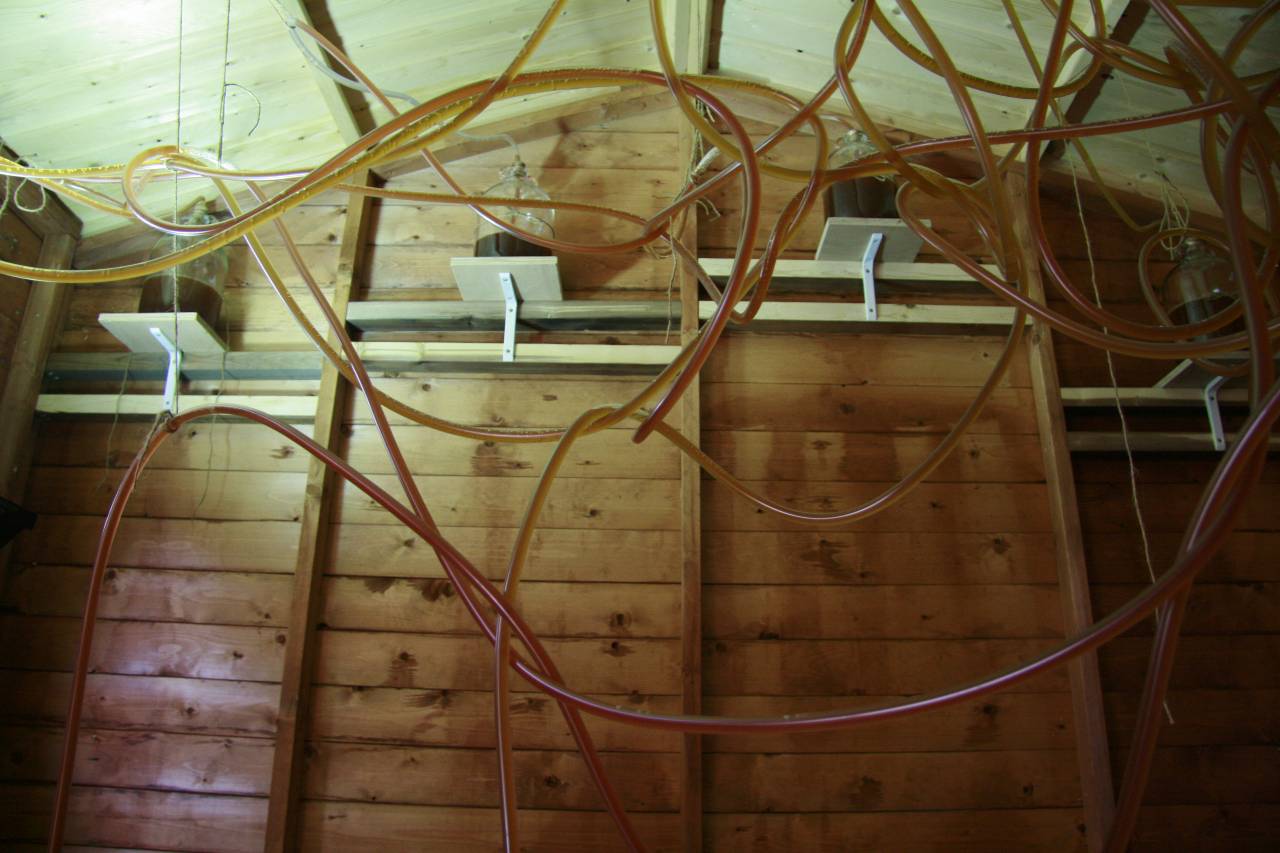 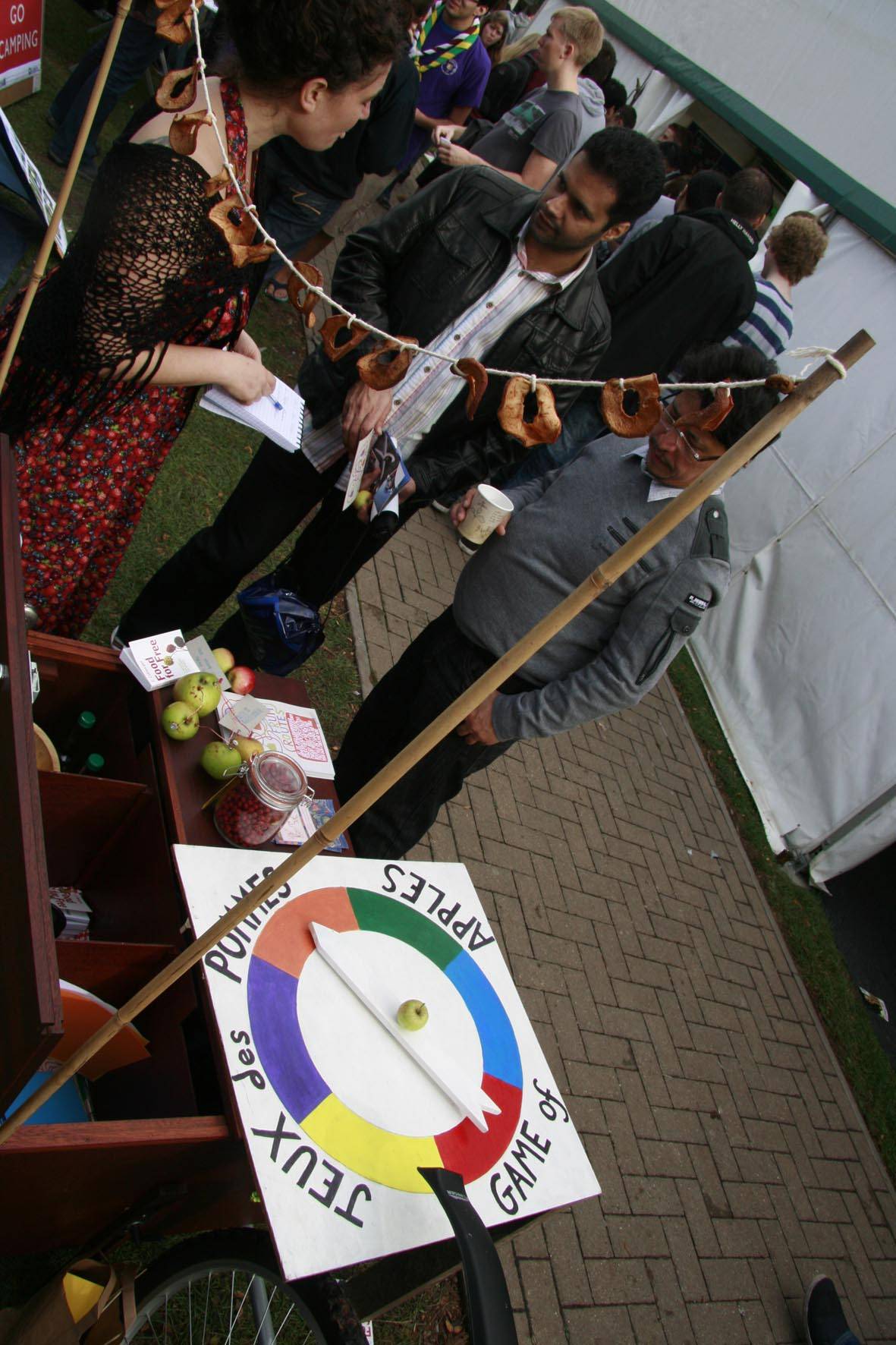 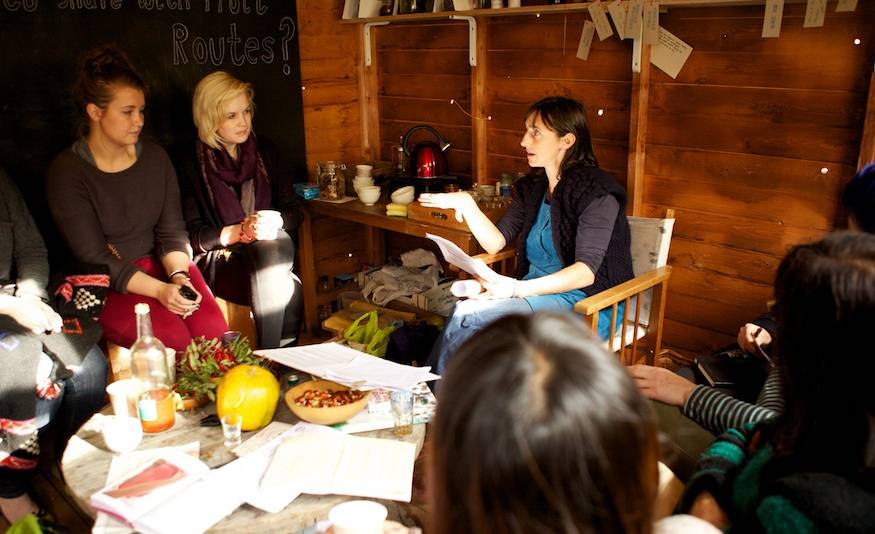 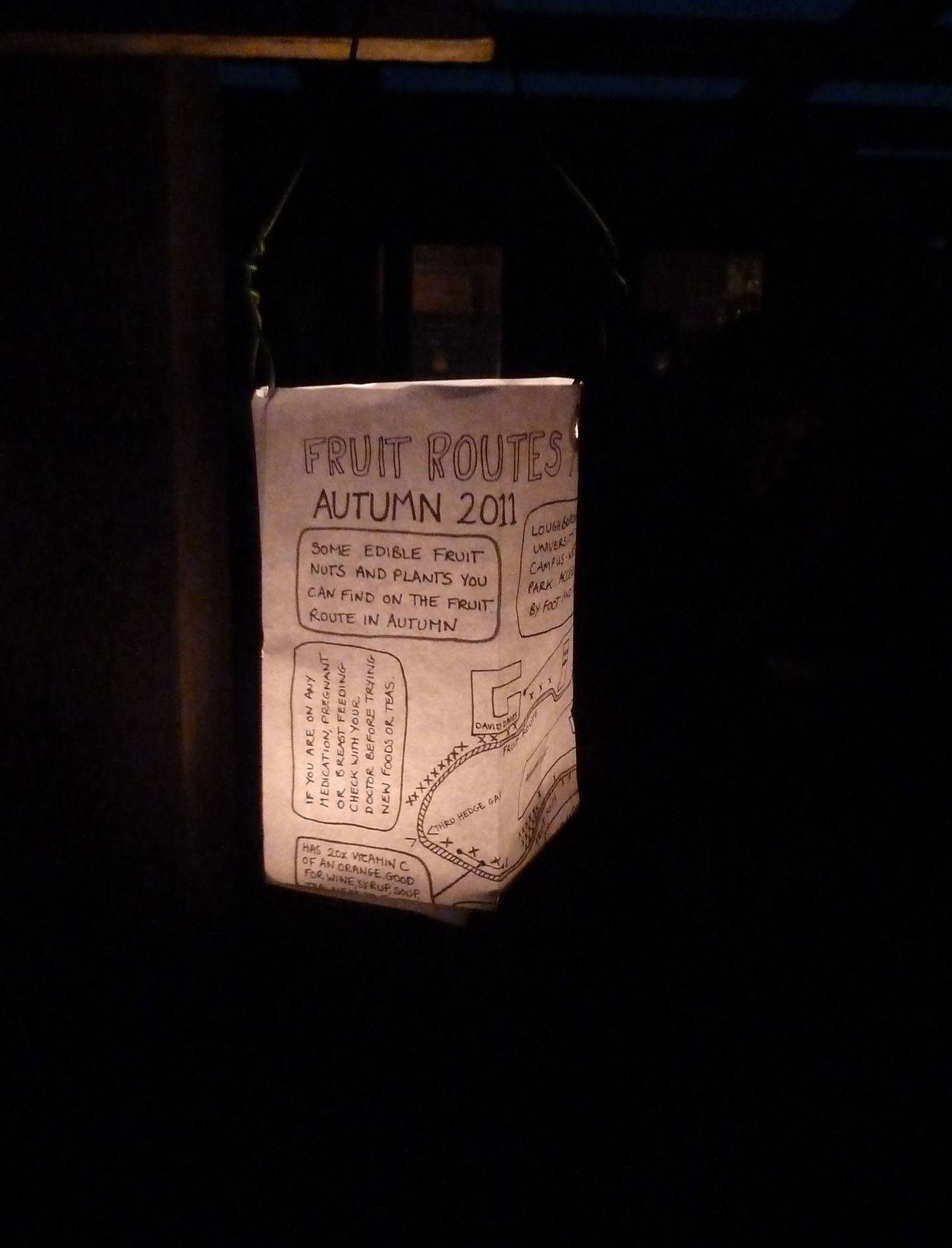 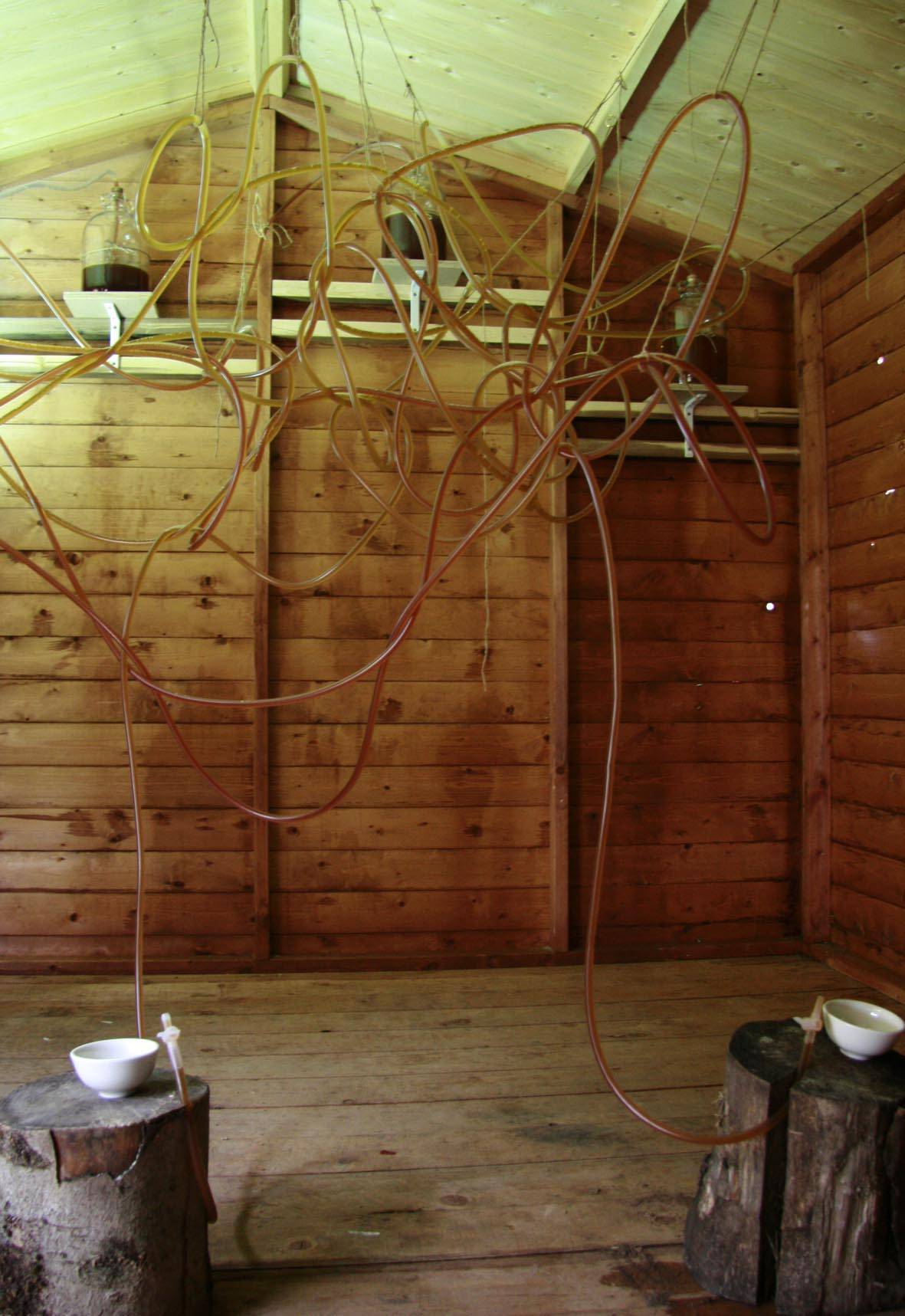 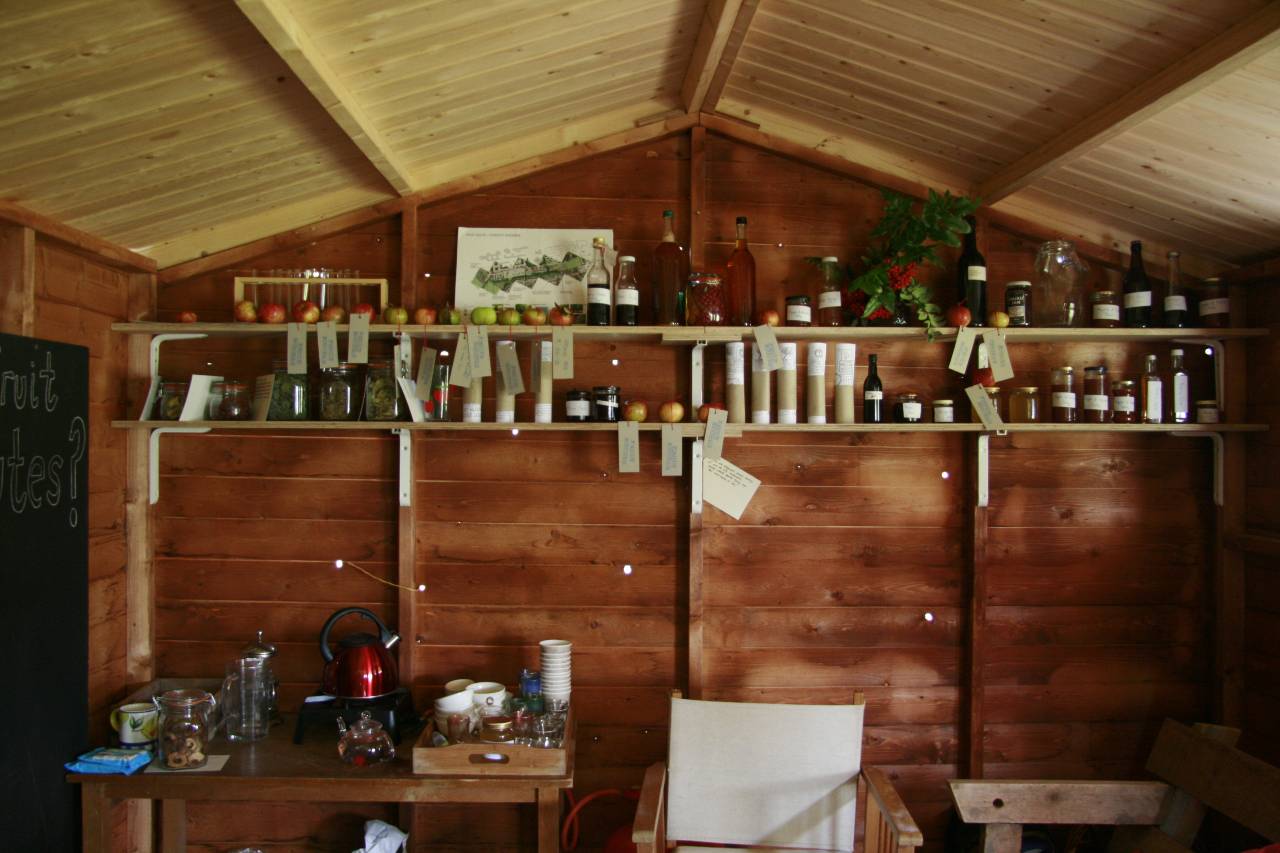 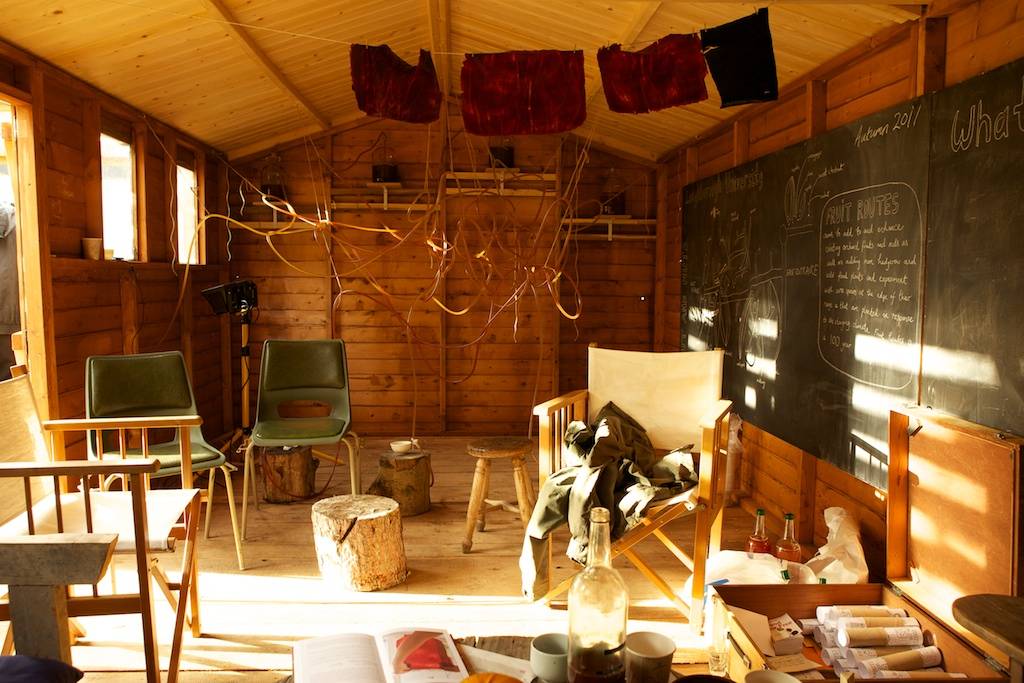